Athy Heritage Centre-Museum has the only permanent exhibition in the world devoted to the polar explorer Ernest Shackleton. 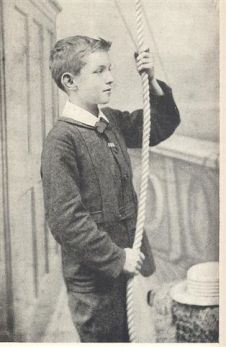 Ernest Shackleton was born at Kilkea House, near Athy, County Kildare in 1874. Coming from an Anglo-Irish background with a strong Quaker heritage he is renowned for his courage, extraordinary leadership skills and his contribution to geographical discovery during the era of Antarctic exploration in the early years of the 20th Century. 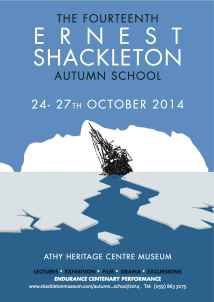 Highlights of Athy’s Shackleton exhibition include an original sledge and harness from the Antarctic expeditions, a 15-foot model of Shackleton’s ship ‘Endurance’, an exhibition of unique Shackleton family photographs, and an audio-visual display featuring Frank Hurley’s film footage of the Endurance expedition.

The Shackleton Autumn School, which takes place annually towards the end of October,  was established to commemorate the explorer in the county of his birth. It provides a forum for the discussion of polar exploration and the presentation of artistic work relevant to Shackleton and polar exploration.